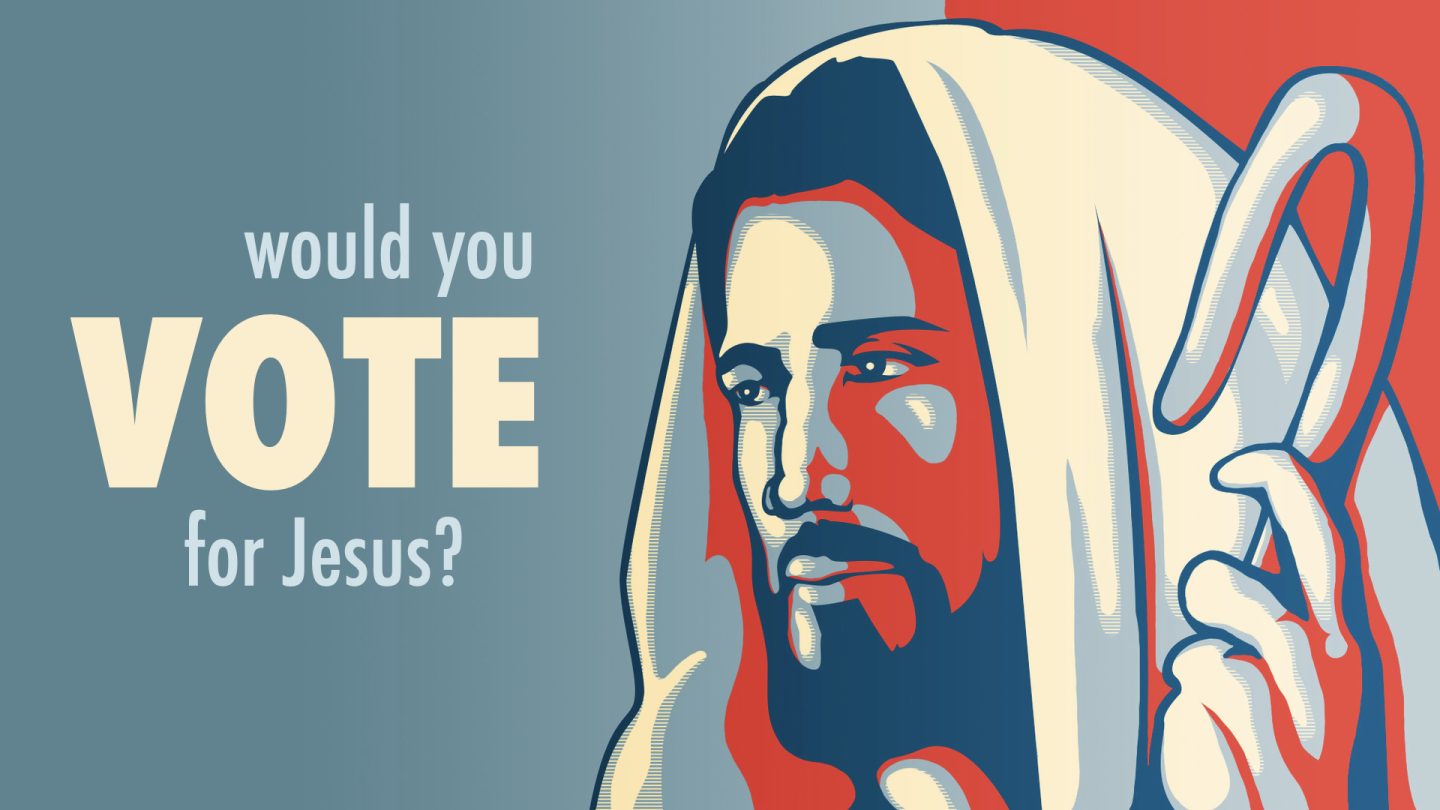 At the height of the Pax Romana, the angels of God began to sing a new song, “Glory to God in the highest and on earth peace, goodwill toward men!”, (c.f., Luke 2:14). With the announcement of the birth of Jesus of Nazareth, the son of God, our Creator bestowed something upon mankind through His Son that man could not give itself, peace. However, at the birth of Jesus, many politicians were worried that the one born to be King would unseat them politically, so they desired to destroy Him at the behest of Herod, (c.f., Matthew 2:13). The political powers of the day were afraid at the political power Jesus could possess.

In fact, throughout the life of Jesus, He was tempted and encouraged to take hold of great earthly, political power. One of the temptations that Satan laid at His door was the power to rule over all kingdoms of the Earth, (c.f., Matthew 4:8-9). His closest friends believed that He would establish an earthly, political kingdom, so they wanted to sit on his right and his left, (c.f., Mark 10:37). Pilate judged Jesus on charges that He sought political power, (c.f., Matthew 27:11). Yet, each time, the King of Kings explained that His kingdom was not of this world, and if it was, there would be political turmoil involved, (c.f., John 18:36). In His life on Earth, Jesus never sought political power though many sought Jesus to seize political power.

However, the question is: Would you vote for Jesus? At the onset, many would respond resoundingly yes. Let us examine the stance of Jesus on political issues today and, in so doing, determine our vote for Him.

Political Issue #1: Racism. This seems to be a prevailing issue in our modern times, yet Jesus addressed this issue, along with subsequent issues, with His encounter with the Samaritan woman at Jacob’s well, (c.f., John 4:1-26). In fact, it has been observed that Jesus broke down three barriers in this conversation – the racial barrier, the gender barrier, and the religious barrier. In fact, He revealed Himself as the Christ to this Samaritan woman, which was extremely rare for Jesus to say publicly, (c.f., John 4:26). Jesus viewed all people as those made in the image of God, (c.f., Genesis 1:26-27), and did not support racism. Jesus was pro-equality!

Political Issue #2: Women’s Issues. In all honesty, in His ministry, Jesus was one of the few who raised the status of women during the day. Jesus gave women compliments, (c.f., Matthew 15:28). Jesus helped women in their trouble, (c.f., Luke 13:12). Jesus comforted women in their sorrows, (c.f., John 20:15). In fact, some of the most devoted followers of Jesus were women – After all, they were the last to leave the cross and the first to arrive at the tomb. If Jesus ran for office, he most certainly would have the women’s vote today. Jesus was pro-woman!

Political Issue #3: Abortion. There were many instances in His life where He defended the defenseless. Jesus understood the joy of a child in the womb, (c.f., Luke 1:41). One of the seven things that Jesus hates is hands that shed innocent blood, (c.f., Proverbs 6:16-17). Jesus was an advocate for women, but He was also a defender of the defenseless. Jesus was anti-abortion and pro-souls! Jesus, most certainly, would have run on the pro-life ticket!

Political Issue #4: Marriage & Divorce. Jesus was pro-family. Jesus knew the purpose of marriage was for a man to leave his father and mother, cleaving unto his wife, (c.f., Matthew 19:1-9). Jesus hates divorce, though He provided one exception, (c.f., Malachi 2:16). If Jesus ran for political office, He most certainly would stir up controversy with His pro-family stance!

This is the stance of Jesus on a small portion of political issues today. Jesus was not a Republican or a Democrat. Jesus was a doer of God’s will. Is that reflected in your ballot?