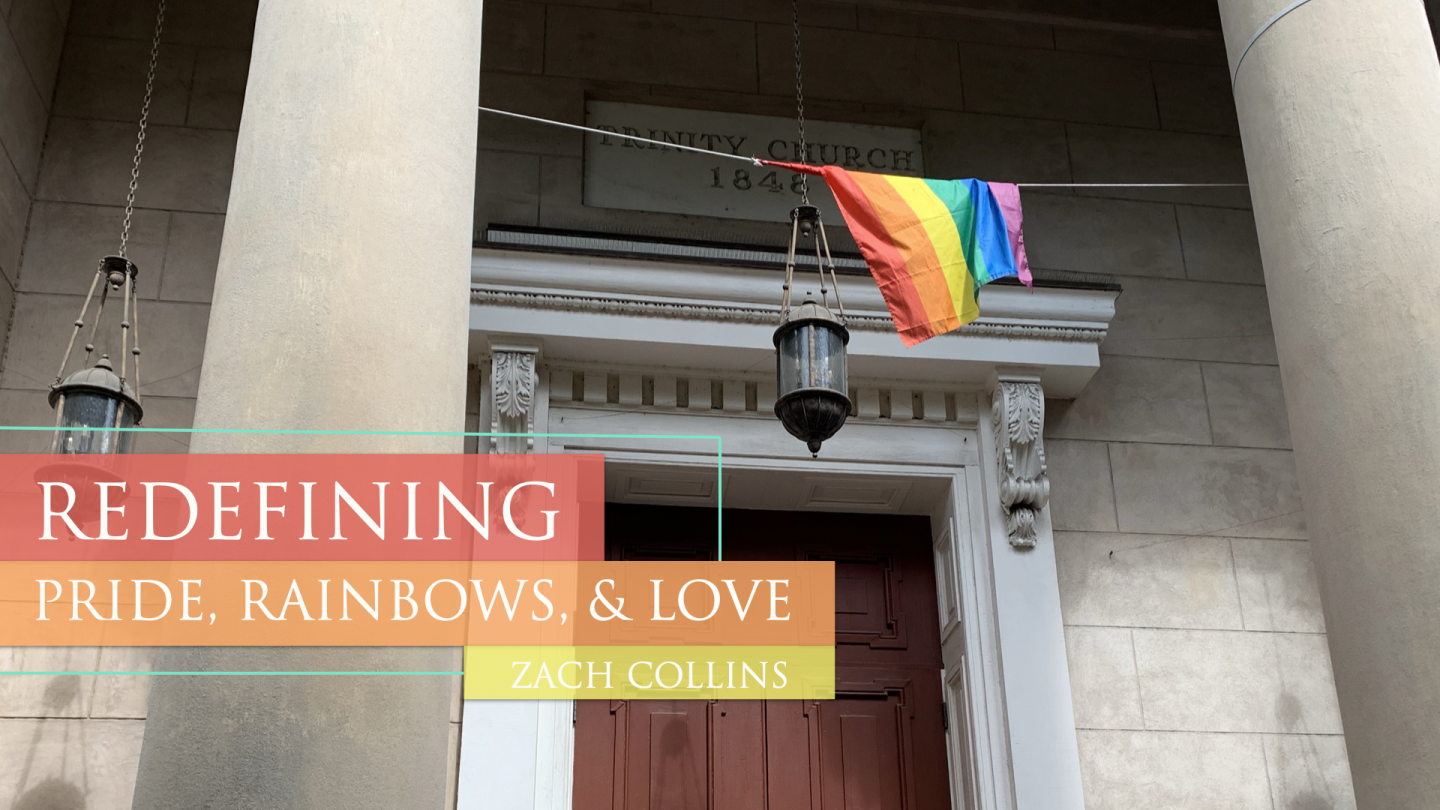 The world has dubbed this month, “Pride Month”, as an avenue for those of the LGBTQI+ community to express their “pride” and celebrate the lifestyle they have chosen. Through a unified effort, we find ourselves amidst a barrage of pride signs, rainbows, and commercials tailored to fit the universal agenda of normalizing the LGBTQI+ lifestyle. Last year, in the month of June, Maranda and I were fortunate to visit Savanah, Georgia. As we passed by one of the oldest church buildings in the country inhabited by one of the largest denominations in the world, we noticed that a rainbow flag was draped above the door of entry. A colorful warning to those entering the building that the agenda of the LGBTQI+ movement was supported. I was appalled at the shameless show of support. We live in a world that is attempting to redefine terminologies and symbols to use for sinful pursuits and causes. How can we teach our children to love others and rightly handle the prideful activities of this movement? Let me suggest that it begins with defining simple terminology, along with an effort to teach them the fundamentals of the holy scriptures.

First, let’s teach them about pride. The world defines pride as a deep pleasure or satisfaction in one’s achievements, qualities, or decisions. However, God defines pride as sin. In fact, one of the seven things that the Lord hates is pride, (Proverbs 8:13). This is the same pride that is celebrated amongst those of the world. In 1 Corinthians 5, Paul reports a situation in Corinth where a man had his father’s wife. To the shock of Paul, some brethren were boasting, or prideful, about the sin being committed by this brother in Christ, (v. 6). In our culture, we see many boasting in the sinful lifestyles they have chosen. Let us teach our children not to boast in the passing pleasures of sin, but rather to boast in the Lord, (2 Corinthians 10:17).

Second, let’s teach them about rainbows. The world has seemingly hijacked this symbol to reflect the diversity and spectrum of human sexuality in the LGBTQI+ community. However, the first rainbow ever recorded is found in Genesis 9:13, after God makes a promise to Noah and his descendants. As the simple adage goes, the rainbow was to show that God would never destroy the earth by water again. But, why did God destroy the Earth in the first place? Every intention of the heart of man was only evil continually, (Genesis 6:5). Let us teach our children that the rainbow is a symbol of God’s enduring promises, not a symbol for those who boast in their sin, (Romans 1:16-17).

Third, let’s teach them about love. The world defines love as a feeling of deep romantic or sexual attachment to someone, who can either be heterosexual or homosexual. This word is not only being reappropriated in our culture, but it has also been reappropriated by courts of law who have attempted to redefine marriage. Let us teach them that love is defined as sacrifice, (John 15:13), and obedience, (John 14:15). Teach them that sensual love is a love that exists in the marital bond, between a man and woman, (Genesis 2:21-24). The Almighty does not discriminate. All sin is horrible, which was the reason for the death of Christ. Let us teach our children to love others, as Christ loved us, but to hate sin.

Redefining terminology is one of Satan’s oldest tricks. In times past, he tempted others by simply changing the meaning of one term or phrase, as he did with Eve in the garden, (Genesis 3:6). As parents, let’s strive to teach our children about the sinfulness of pride, the love of God, and the wonderful promise of a rainbow. And let us teach them that, just like us, there are people in this world in need of the salvation of God.