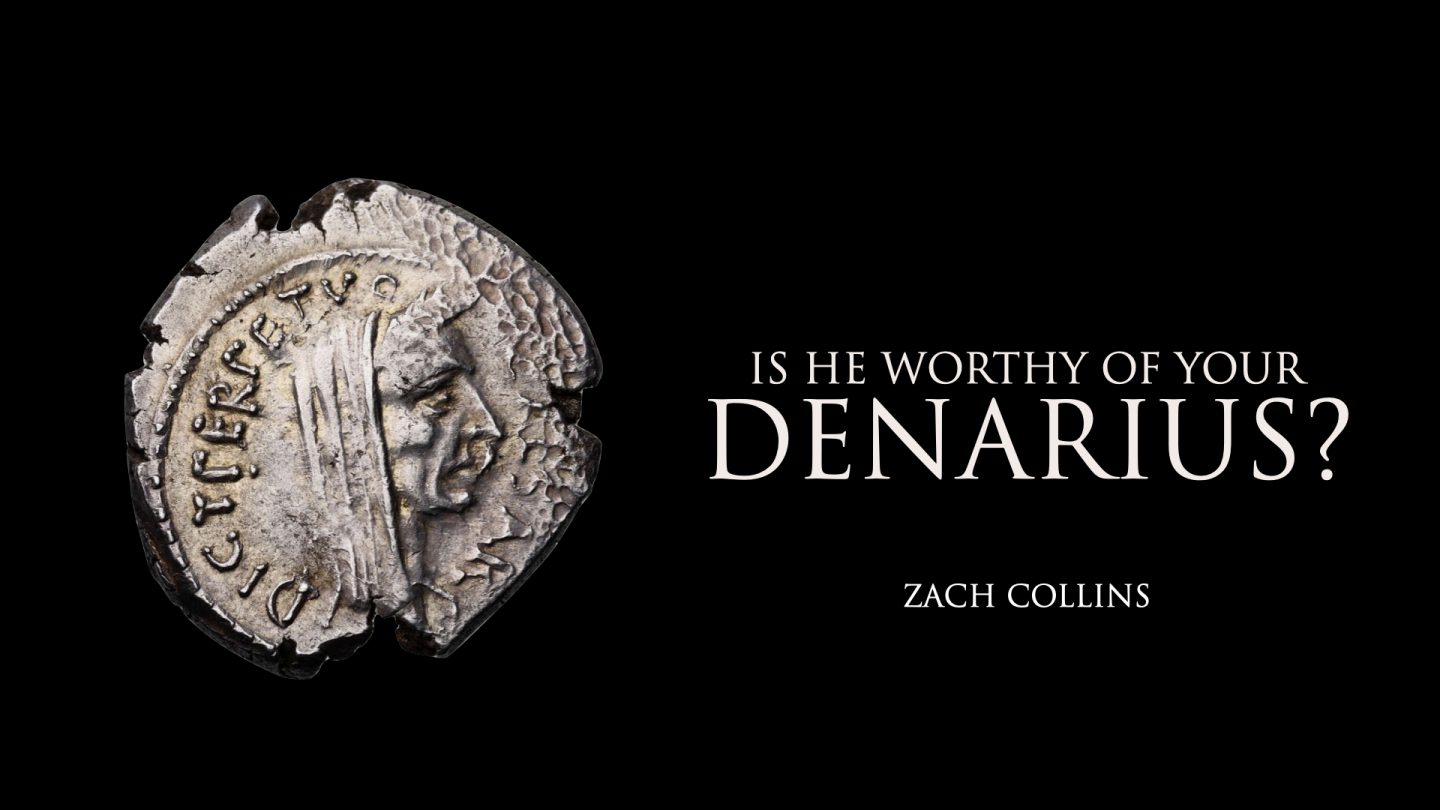 We do not speak in terms of denarii today. During the ministry of Jesus, a denarius was a form of currency. The denarius was a roman unit of coinage, which typically had the emperor imprinted upon the coin. Once, the Herodians attempted to catch Jesus in His words, (Mark 12:13), so they asked, “Teacher… is it lawful to pay taxes to Caesar, or not? Shall we pay or shall we not pay?”, (Mark 12:14-15). Jesus asked a simple question when he asserted, “Whose image and inscription is this?… Render to Caesar the things that are Caesar’s, and to God the things that are God’s”, (Mark 12:16-17). In that moment, Jesus was holding a denarius, (c.f., Matthew 22:19). The denarius was considered a day’s wage for a common laborer. Though small, it was a coin sufficient to provide for the needs of the common laborer. However, throughout the Bible, the denarius began to take on symbolic form through the inspired writings. Some individuals were willing to give their heart and their denarius to Christ, despite the personal cost, and they were memorialized as an example throughout all the ages. In other cases, some were unwilling give of their heart nor their denarius and were used as an example of caution. These individuals viewed God as not worthy of their denarius and received their due reward.

Is He worthy of your denarius?

In Matthew 18:21-31, we find one of the most sobering stories in the Bible. It is the Parable of the Unforgiving Servant. A servant, who has just been forgiven by his master of a debt of 100 talents, is unwilling to forgive one of his debtors of 100 denarii. The talent was of remarkably more value than a denarius. In fact, many scholars estimate that one talent in the New Testament was the equivalent of 6,000 denarius. In other words, though this servant was forgiven of his 6,000 denarii debt, he was unwilling to forgive one of his debtors of 100 denarii. Though he had been forgiven by his master, he was unwilling to forgive, and he is delivered over to the torturers until he should pay his great debt to his master. As a result of his unforgiving spirit, Jesus declares of the unforgiving servant, in v. 35, “So My Heavenly Father also will do to you if each of you, from his heart, does not forgive his brother of his trespasses.” Though He experienced the great forgiveness of His master, it was not worthy of his denarii. Spiritually speaking, since the blessings of God were not worthy of him forgiving others, his debt was restored back to him.

In Mark 14:3-7, Jesus is in the last moments of his life and a woman, named Mary, pays homage to the Christ with a last act of kindness. She walks into the home of Simon the Leper, where Jesus is, carrying an alabaster flask of very costly oil of Spikenard. According to Mark, this perfume was worth 300 denarii, (v. 5). However, what she chooses to do with the perfume is the crux of the story. She breaks the flask and anoints the head of Jesus. Can you picture owning a bottle of perfume worth nearly an entire year’s worth of your salary? Can you picture doing what Mary did with the perfume? Here’s the point: Not everyone viewed this act the same. In fact, the apostles were “indignant”, (v. 4), and they “criticized her sharply”, (v. 5). In other words, they scoffed at this great tribute and showered her with hurtful words. But not Jesus. He declared, in v. 9, that no matter where the gospel was preached in the whole world, what she had done would be told as a memorial to Mary. The number of denarii she “wasted” in the eyes of the apostles was sufficient for them to criticize her. However, her attitude in using the denarii in this great act of love was sufficient for God to memorialize her.

Jesus said of Mary, in Luke 7:47, “… her sins, which are many, are forgiven, for she loved much. But to whom little is forgiven, the same loves little.” At the end of the day, your measure of devotion to God is evident in your willingness to give your heart and your denarius to God, despite the personal cost. With whatever measure you measure, it will be measured back to you, (Matthew 7:2).

Is He worthy of your denarius?