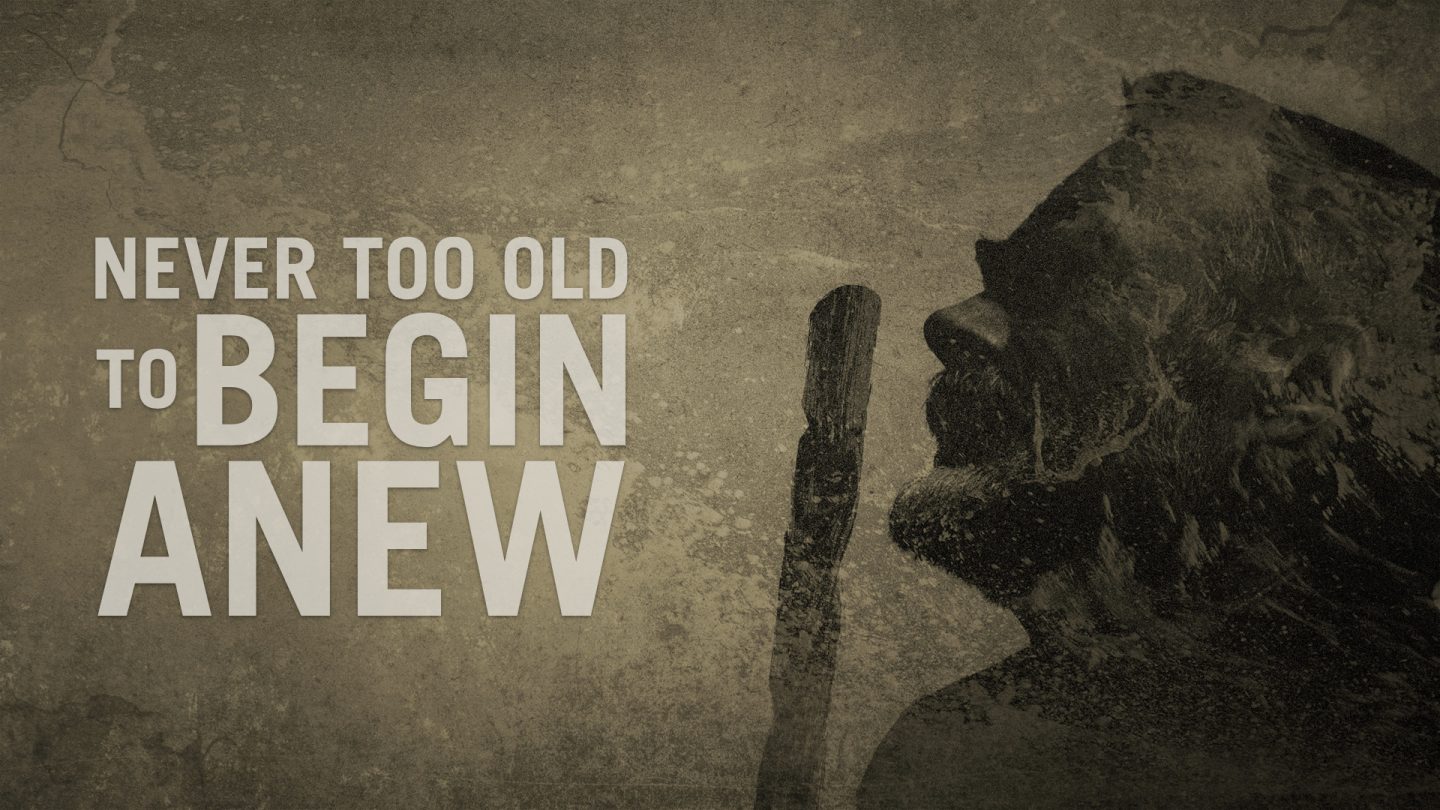 On the night of December 9th, 1914, Edison Industries was destroyed by a fire. In the flames, Edison lost two million dollars over night and much of his life’s work. Unfortunately, he was only insured for about $238,000 because the buildings were made of concrete, which at the time was thought to be fireproof. At the time, Thomas Edison was 67 years old – no longer a young man – and everything he had worked for had been destroyed in the flames. At least, that’s how we would view such a loss. However, Edison did not share that same perspective. The story goes, as Edison walked amongst the charred embers of his hopes and dreams, he beheld his life’s work and said, “There is great value in disaster. All of our mistakes are burned up and, thank God, we can begin anew.” Sure, all his accomplishments and inventions were destroyed in the fire, but so were his mistakes. He was never too old to begin anew, and he found that refreshing.

Moses was also afforded the chance, by God, to begin anew. It has been said, “Moses lived 40 years as a son of Pharoah, 40 years as a son of Jethro, and then 40 years as a son of God.” Though his upbringing was royal, Moses never forgot his roots and always seemed to possess a heart of gold. However, Moses still committed many mistakes. After he saw the burdens of the Jewish people, he attempted to start a Jewish revolt against the Egyptians, but he killed an Egyptian and buried him in the sand, (c.f., Exodus 2:11-13). Failure. He tried to unite his Hebrew brethren but lacked their respect, so they mocked him, (c.f., Exodus 2:13-14). Failure. He heard that Pharoah sought his life and became afraid, so he ran away, (c.f., Exodus 2:15). Failure. Eventually, Moses would become a prophet and a leader of God’s people. Yet, just like us, Moses experienced many failures in life. In fact, the most profound lessons in the life of Moses are not found in his past failures, but in how Moses was remembered. At his death, Moses would live to be 120 years old, (c.f., Deuteronomy 34:5). Yet, in his life, we find two monumental changes: At the age of forty he completely changed the trajectory of his life and fled to Midian, becoming the son-in-law to Jethro. Then, again, at the age of eighty, he changed the trajectory of his life at the burning bush and became a son of God.

What’s the application? It’s simple. Through his life, we see that we are never too old to begin anew, undergo transformation, or begin to serve God. In fact, when the Holy Spirit recorded his death through inspiration, he didn’t use the words murderer, failed leader, or coward… He remembered him as, “Moses, the servant of the Lord”, (c.f., Deuteronomy 34:5). You are never too old to begin anew and, if you choose to begin anew, one day you can be remembered as a servant of the Lord.