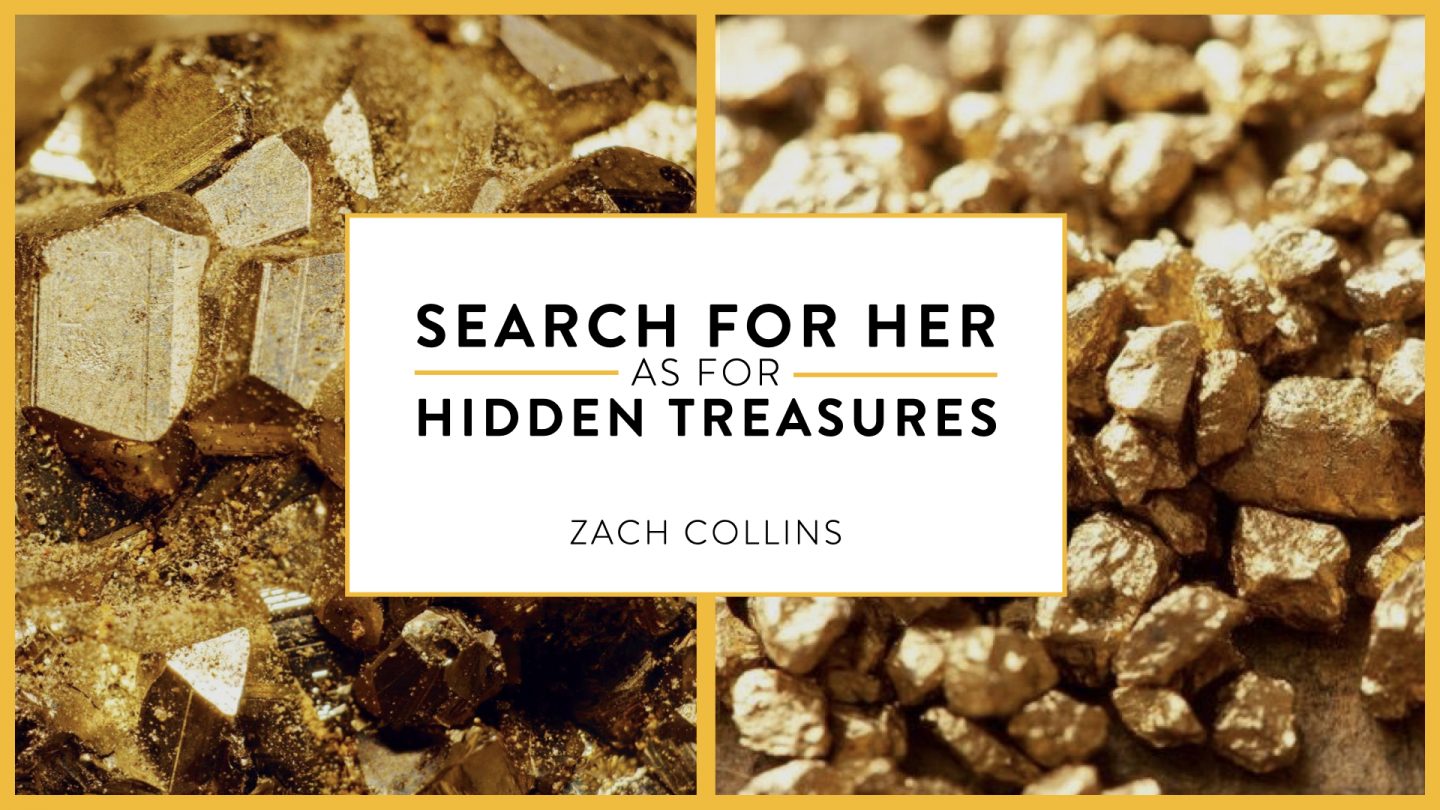 I have always been a fan of treasure-hunting movies. From the National Treasure movie series to the Indiana Jones movie series to the Pirates of the Caribbean movie series, I love movies that revolve around the concept of the quest for hidden and unknown treasures. I must admit, growing up, I received inspiration from these movies. In fact, at a young age, I was convicted of this fantasy in my mind: There is buried treasure in my backyard! Did you ever have the dream of finding buried treasure in your backyard? As a child, I would go to certain parts of my parents’ property, take a shovel and a bucket, and begin digging for this buried treasure. The potholes are still there to prove my unending quest!

However, one occasion comes to my mind. As I was digging a hole, I stumbled across some rocks that had a pale-brass yellow hue and an odd shape. In my mind, it was the moment that I had been not-so patiently waiting to occur: I had found treasure! It was like that scene from National Treasure: Book of Secrets, where Ben Gates and gang finally lay eyes upon Cibola, the Lost City of Gold. I yelped with excitement! I placed the rocks in a bucket and quickly took them into the house and washed them in the sink, only to be devastated. To my surprise, my finding was not Cibola, rather pyrite, or as it is commonly known, “Fool’s Gold.” To the untrained and uneducated eye, it had the appearance of gold. I thought I had found what I desperately sought! However, in that moment in time, I felt like Indiana Jones when he was dropped in the pit of snakes, in the film Raiders of the Lost Ark. Yet, instead of asking the question, “Why did it have to be snakes?”, as Indiana did, I was left asking the question, “Why did it have to be fake?” I spent my entire childhood anticipating and searching for the moment that I would lay my eyes upon treasures beyond my wildest dreams.

Before we go any further in this article, I want you to imagine a hypothetical situation for a moment. Using your child-like imagination, imagine that you found a hidden or buried map in a compartment of your house. Inscribed upon this map is a quest for treasure. It verifies the dream that you have had for a long time: There is a treasure in your backyard! Now, if you knew for certain that there was buried treasure in your backyard, how would you go about retrieving that treasure? Well, if you are like me, my backyard would be full of potholes. I would not dig one hole, find fool’s gold, and forgo my search to find buried treasure. I would want to find the real deal, not fake treasure! I would dig and search, following the map and never giving up on my pursuit of this treasure until I had unearthed the real treasure to which the map pointed.

The Bible speaks of treasure, often in juxtaposition to the eternal treasure that awaits faithful and obedient Christians in our Heavenly home. In the book of Proverbs, Solomon wrote about treasure, when he said, “If you seek her as silver, and search for her as for hidden treasures; Then you will understand the fear of the LORD and find the knowledge of God”, (Proverbs 2:4-5). Now, wait a minute. Did you notice what Solomon considered treasure? The fear of the Lord, wisdom, and the knowledge of God. The treasures that Solomon exhorts us to seek are not treasure chests of gold, rather treasure chests of fear and knowledge. In fact, he encourages us to seek this godly treasure as we would seek earthly treasure. It is that valuable! The mother lode of all treasure chests pales in comparison to the treasure we can receive through humble obedience to the word of God. Sadly, many people in the denominational world will try to sell you Fool’s Gold from their backyard and out of their own doctrines. As Jesus said, in Matthew 15:9, they teach the doctrines of men as the commands of God and, perhaps, truly believe the treasure of God lies in man, not God. Let me encourage you to dig deeper! Do not be fooled by man-made treasure, for this treasure is only fool’s gold. While it might have the appearance of gold, its value is equivalent to the value of dirt. They will try to convince you that there gold is the treasure that you seek! However, that treasure is nothing more than a pit of snakes. In fact, if you settle for their treasure you will be left asking the question, “Why did I spend my life seeking that which was untrue?” With the Bible in your hand and a commitment to obedience in your mind, you hold the treasure map to the greatest treasure the world has ever known, eternal life. If you search for her as for hidden treasures, you will find the ultimate treasure.