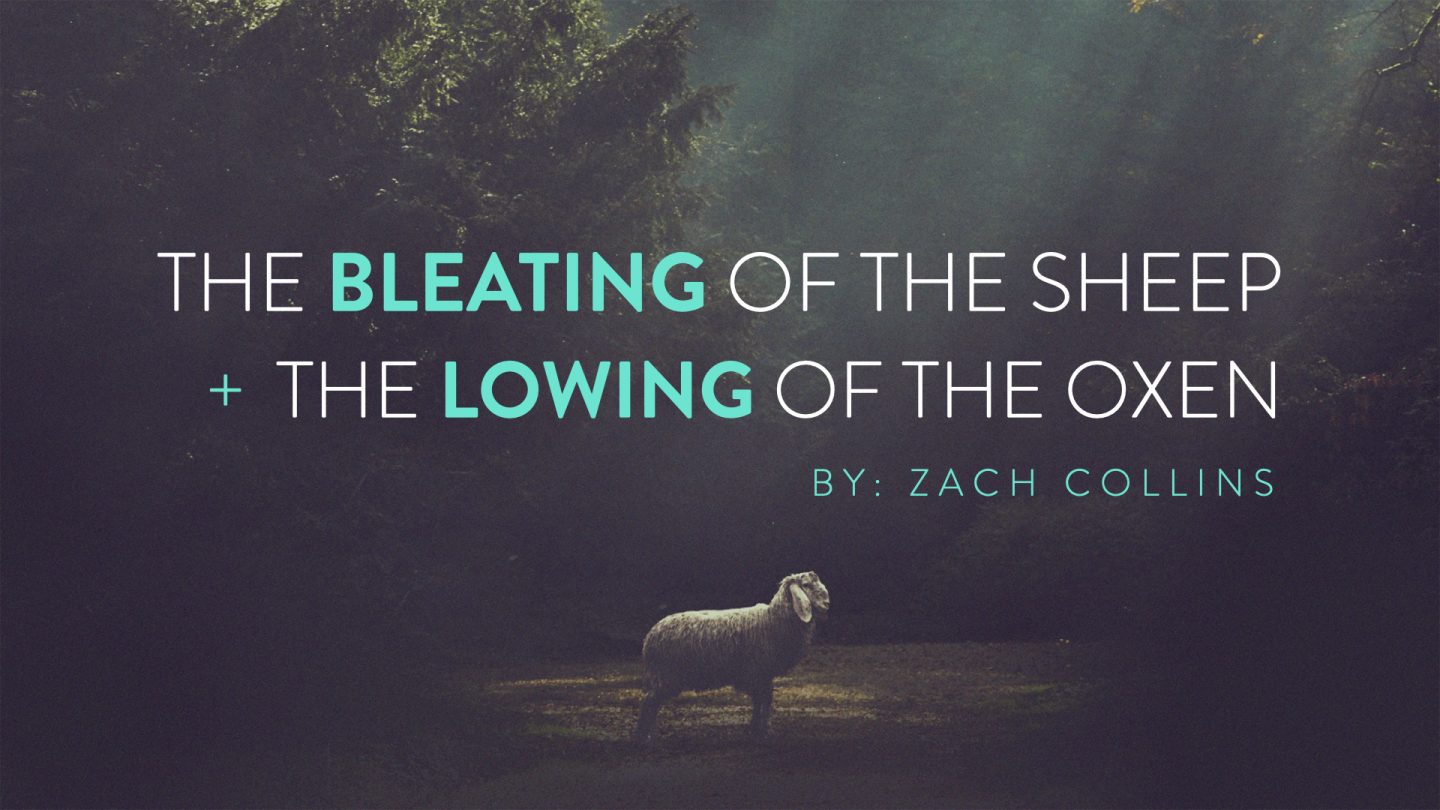 Growing up, my father and mother gave me a chore list. A staple of many childhoods. It was posted on the refrigerator door, next to the photos of family, friends, and the magnetic tourist souvenirs from all the locations that my mother had visited in her travels. The list was clear and specific, complete with obligations that I could understand and obey every single week. As most children, after I completed the chores on the list, I received payment in exchange for my work. It seems that twenty dollars went much further in my childhood! As I reflect upon the list, I realize that, at the core of this list, was a form of parental training. My mother and father were attempting to prepare me for the “real-world”, where men and women alike are given certain job responsibilities that they are expected to fulfill. One specific moment comes to my mind: As I was doing my chores, I was tempted to only do half the chores on the list in order to see if I could pull the wool over my mother’s eyes. Sure, I realized that I would be short-changing my mother and father, but I figured that I would still get paid my twenty dollars at the end of the week and everything would work out for the betterment of myself. When it came time for payment, my mother would ask, “Did you complete your chores for this week?”, knowing that I had not fully completed my chores. I would respond by saying, “Yes”, knowing my words were a half-truth. My mother is a smart woman and unless I completed the entire list, I did not receive my entire payment. I received payment in proportion to how well I followed the instructions that were given to me. In that moment in time, I learned something that many have yet to learn today: Partial obedience is not the equivalency of obedience, rather disobedience.

In 1 Samuel 15, we find a king of God’s people, who lost his throne, because he believed the same lie that is peddled throughout many religious circles today: Partial obedience is the equivalency of obedience.

In our scripture of study, God gives Saul instructions, which King Saul could understand and complete, (1 Samuel 15:2-3). In fact, notice THREE components of these instructions:

It’s the traditional beginning of a story that often ends favorably. Yet, as the Bible often teaches, if we choose disobedience in favor of obedience, even the easiest tasks will take a turn for devastation. The king of God’s people made this choice: When it came time to follow through on the command of God, Saul chose disobedience over obedience. After they attacked the Amalekites, King Saul followed the instructions of God in killing all the people with the edge of the sword… until it came time to kill King Agag, along with the best of the sheep, oxen, fatlings, lambs, and all that was good, (1 Samuel 15:8-9). King Saul spared King Agag and allowed the people of God, under his rule, to take the best of the Amalekites flocks. Is this what God commanded? No, for God wanted everything and everyone in the camp of the Amalekites destroyed because of their sins against Him and His people. The choice of partial obedience, which Saul made in this moment of truth, would cost him the throne that God had given him for God regretted setting Saul up as king of His people, (1 Samuel 15:11).

Later, after Samuel grieved over the sin Saul had committed against God, he visits Saul. As Samuel is coming toward him, Saul shouts, “Blessed are you of the Lord! I have performed the commandment of the Lord”, (1 Samuel 15:13). Saul knew that this statement was a half-truth, for he had not done the commandment of the Lord though he tried to convince himself otherwise. In, perhaps, one of the most sobering questions asked in the Bible, Samuel asks Saul, “What, then, is this bleating of the sheep in my ears, and the lowing of the oxen which I hear?”, (1 Samuel 15:14). Saul claimed to have been obedient to the commands of the Lord despite the sound of his disobedience ringing in his ear, which came in the form of the cries of sheep and the mooing of cattle. At the end of the day, King Saul made the devastating choice of disobedience, in favor of obedience, because he would have rather obeyed the voice of man rather than the commands of God, (1 Samuel 15:24).

The moral of the story is this: In the words of James, if we fail in one point of God’s law, we are guilty of the entire law, (James 2:10). The sentiment of these words is simple: Partial obedience is not the equivalent of obedience, rather the equivalent of disobedience. Many, in the religious world today, are being led astray into disobedience because they would rather heed the voice of men rather than the commands of God. We are more apt to listen to politicians than Christ, regarding how we treat and love our neighbors. We are more apt to listen false teachers than God-inspired scriptures, regarding matters of salvation and Heaven or Hell issues. Whether the choice is made in the political realm or spiritual realm, some men would rather listen to other men than listen to God. The commands that God has given to us through His inspired word are clear and specific, which we can understand and obey. His commands need less interpretation and more concentration when it comes to simply following His commands in humble obedience. One day, if you choose partial obedience instead of obedience, we will receive payment that is in proportion to our choices. In fact, as did King Saul, you too will hear the bleating of the sheep and the lowing of the oxen in these words of Jesus, “And then I will declare to them, ‘I never knew you; depart from Me, you who practice lawlessness!’, (Matthew 7:23).